Missing from the BBC archives, The Macra Terror has become something of an enigma. Previously adapted as a novelization and reconstructed with various snapshots and its original audio, the seventh story of season four of the classic series has, in essence, been lost in time. When broadcast in 1967 it was not regarded as a classic or heralded as an instant masterpiece. Nonetheless, with time, the story retained a certain aura of mystery around it. Some of this sentiment stems from existing production photos which depict the Macra as hokey crab monsters. There’s also the problem that many more memorable and now classic stories followed it later on in season five, rendering it as superfluous in the minds of many fans. 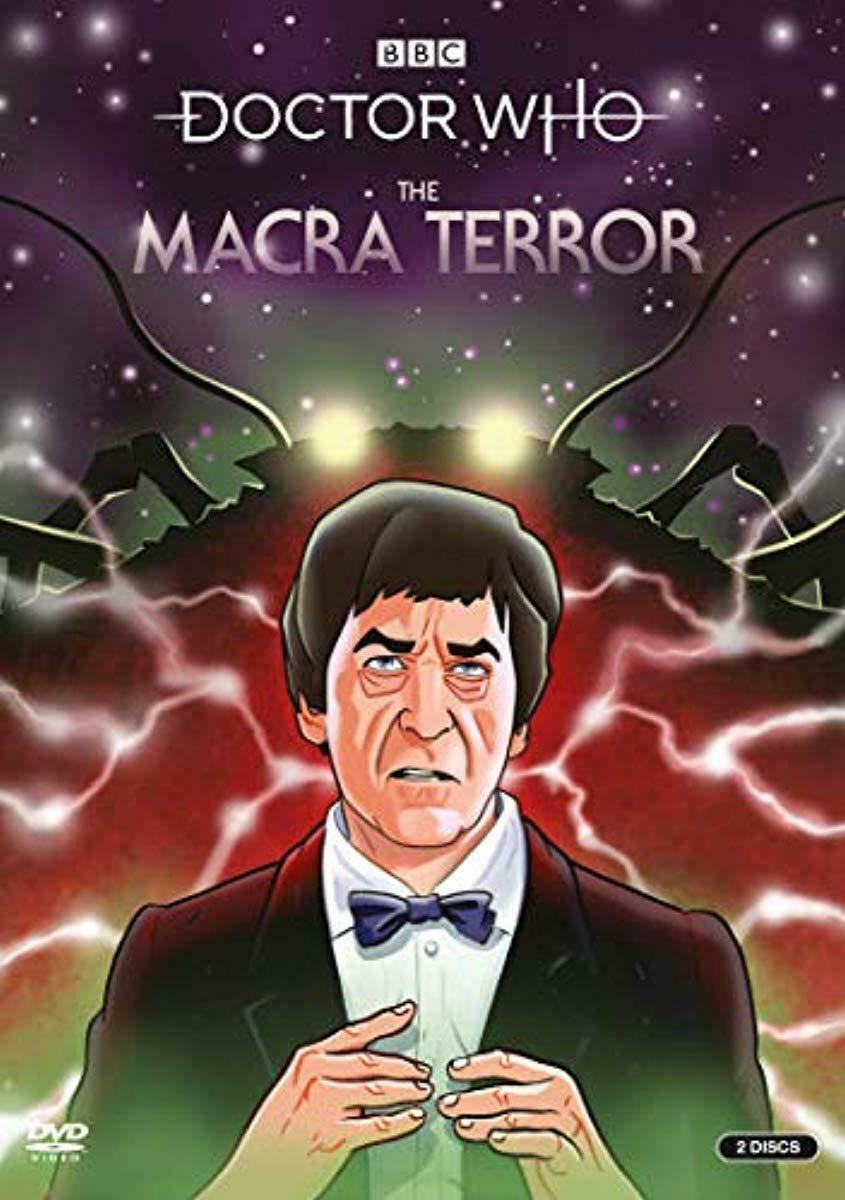 Written by Ian Stuart Black; The Macra Terror is set in an autocratically run mining colony of the future. When the Doctor, Jamie, Ben and Polly arrive they soon discover that all is not as it seems. After being caught up in the colony’s political intrigue and societal turmoil they soon learn that the Macra, a race of giant parasitic crab creatures, have been pulling the strings from the shadows by brainwashing the colony’s leaders and seemingly turned Ben against his friends. Sadly, the Macra are a bit silly really. But, for all intents and purposes, they do their job in serving as devious and mysterious alien baddies. For them, appearing in animated form has made them far more menacing then their live action counterparts.

While not heavy handed on drama and intensity, The Macra Terror remains an enjoyable viewing experience because of the charm and subtle comedic charms of Patrick Troughton. Having pretty much settled into the title role at this point, the Troughton we see here is confident and focused on how he wants to portray the Doctor. Here, we see the Second Doctor fleshed out from his initial portrayal as a cosmic into a mysterious traveler who is more cunning and manipulative than appears to be. One of the treats of these animated reconstructions is seeing how Troughton really took to playing the Doctor. Clearly immersed in the part, he tinkers and tweaks with his interpretation, giving viewers a real treat to watch onscreen.

There also is a ten-minute animated short based on The Wheel in Space, another incomplete Troughton serial which could see restoration through animation. Further animated supplemental material includes a teaser trailer, animation gallery and animatics highlighting how the new production of The Macra Terror developed from storyboards to final animation.

The restoration team also worked their magic on the surviving footage which has been restored and included alongside a ‘making of’ featurette from 1967 about the program’s visual effects workshop. They also fully reconstructed a once controversial scene from episode two that was heavily re-edited by Australian censors in November of 1967. 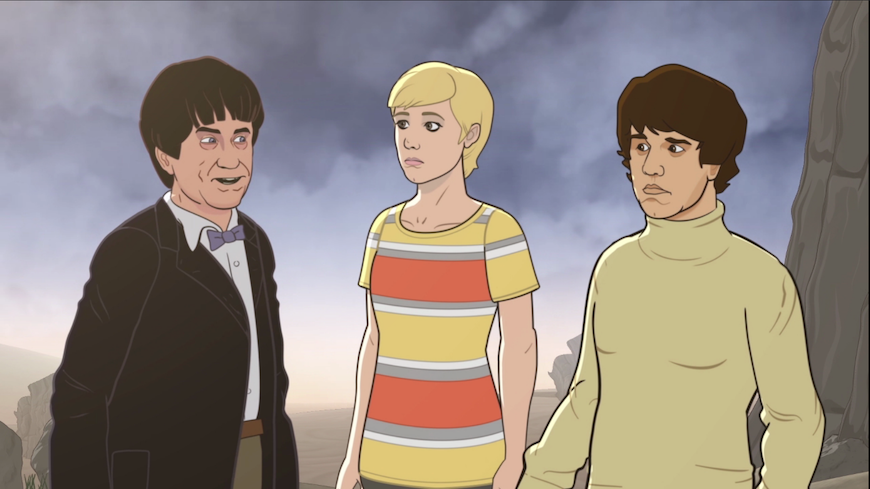 For the Macra Terror the opening title sequence was revamped, showing the Doctor’s face for the first time. This new opening is presented here in full with several other alternative versions. Also included are of a photo gallery consisting of thirty-six photographs snapped during filming, including original design department set photos and Radio Times publicity images. There also is a complete set of camera scripts, studio schedules and floor plans.

Rescued from obscurity fifty-two years after airing, The Macra Terror is a pleasant surprise.Although some cosmetic changes were made to accommodate the animation, they have not hindered or scarred the feel of the original story. Overall, these minimal changes have helped breathe new life into The Macra Terror, a four-parter that was previously seen as stuffy and silly before being reborn with this release.

In addition to some wonderful moments from the second Doctor, there are terrific performances from the core TARDIS crew, especially Michael Craze who is finally given some character development to work with. When added to Troughton’s methodical performance, the youthful team of companions doesn’t miss a beat, giving the story some much needed heft when the pacing slows down.

Excellent casting, visual effects and incidental scoring notwithstanding, The Macra Terror is much more than another missing story revived from relegation. Through the hard work from an intrepid team of animators who restored it by utilizing new animation technology and enhanced audio from the original recording to give this version the aesthetic of the original transmitted version.Presented both in color and black and white format, The Macra Terroris a fun romp of classic Doctor Who.

From St. Louis, Missouri, comes Anglophile, pop culture/SF writer, DJ and all around pop culture geek Rob Levy. Since 1996 Rob has served as president of the United States' oldest Doctor Who/British media fan club, The St. Louis Celestial Intervention Agency. The CIA meets regularly in St. Louis and participates in programming at many local and national conventions, including Dragon Con, where Rob is a loyal Brit Track participant for 15 years. When not working or observing the world around him, Rob watches way too much TV, reads a lot, wears black, travels, goes to shows, and traipses around used book and record stores with great fervor. He has a passion for history and a strange fascination with subway systems. He loves board games, baseball, supports Liverpool and loves a wicked curry.