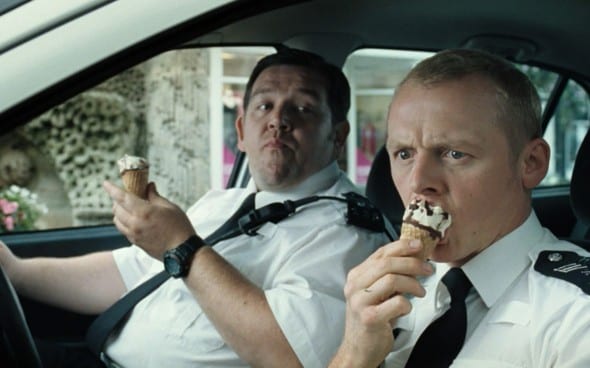 “Rank has its privileges” they say, and in any military or police organization you can find quite a lot of them. Ranks exist to create order and a clear chain of command between officers with different levels of experience. In the UK, ranks tend to be fairly standardized from jurisdiction to jurisdiction, with some minor differences. Watching any mystery show or police procedural, you may be a little lost trying to determine what’s what. Well, have no fear, Anglotopia readers, because here is your guide to basic ranks of the British police services!

The lowest rank on the totem pole o the police service, the Police Constable (also called “PC”) is the foot soldier in fight against crime. As such, they have the most direct contact with the people they serve at the local level, not just arresting baddies, but also conducting community outreach, collecting information at the scene, submitting reports, and working crowd control. On a programme, they’re most often the officers who discover the initial crime, keeping onlookers from interfering with the scene, doing office work, or running errands for the higher ranking officers.

A Sergeant is the first supervisory rank and oftentimes the first “Detective” rank in many programmes. The rank is senior to “Constable” and junior to “Inspector”. Sergeants are largely operational officers, both supervising constables and managing the day-to-day administration of the division. Though the rank of “Detective Constable” exists, these officers are mostly training to become detectives, and often the first detective rank you’ll see in a programme is that of “Detective Sergeant”. These plain-clothed officers are not necessarily superior to other Sergeants, but their rank identifies them as members of the Criminal Investigative Division (CID) or the Special Branch.

Inspector is the second supervisory rank. Like Sergeants, they are mainly concerned with operational duties, and a uniformed Inspector is often responsible for supervising a duty shift of Constables and Sergeants. Most protagonist detectives in police programmes tend to be this rank, including Inspector Endeavour Morse and Detective Inspector Sam Tyler of “Life of Mars.”

The next supervisory level, a Chief Inspector is the senior officer in command of a district, usually of one or more local authority areas. In a larger town, the rank has often replaced that of Superintendent, such as Chief Inspector Frank Butterman in the film “Hot Fuzz”. A Detective Chief Inspector tends to be the Senior Investigating Officer in a CID branch. Notable examples include DCI Gene Hunt from “Life on Mars” and “Ashes to Ashes”, DCI John Luther from “Luther”, and DCI Greg Lestrade from “Sherlock”. Typically, these are the highest officers one will see as a regular character.