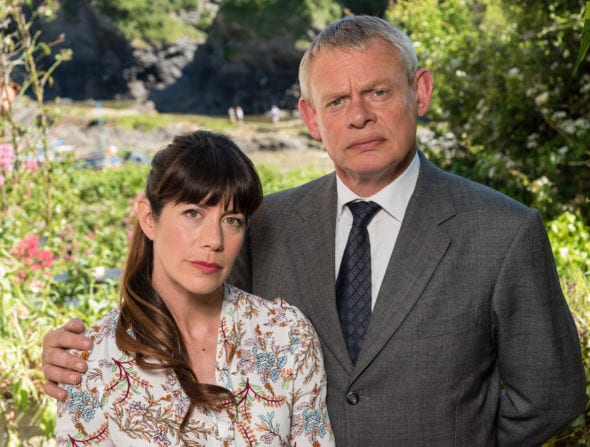 Exciting news everyone, the new series of Doc Martin will be coming to the USA on Acorn TV starting next week Thursday, September 21st just after it begins airing in the UK.

It will be added to the service just hours after it has aired in the UK – so this is the fastest American fans can get the new series. It will eventually air on PBS as it usually does but that will probably not be until 2018.

So, if you can’t wait – then Acorn TV is the place to watch. There will be a total of 8 episodes in this series and they will be released weekly as they air in the UK.

In partnership with DRG, Acorn TV, North America’s most popular streaming service focused on British and international television, is thrilled to announce the return of one of the most popular series in Britain and Acorn’s best-selling series with Doc Martin, Series 8 beginning its Exclusive U.S. Premiere on Thursday, September 21, 2017, the day after its British premiere on ITV. BAFTA winner Martin Clunes (Arthur & George, Men Behaving Badly) returns in his uproarious lead performance as a tactless, self-centered, and uptight doctor in a quirky seaside town in Cornwall. After having therapy to save their marriage in the last season, Doc Martin and Louisa (Caroline Catz, Murder in Suburbia)face the challenge of living happily together with their baby, James Henry. The new eight-episode season premieres every Thursday through November 9, 2017, when the complete season will be available for binge-watching.

Here’s a preview of the new season:

Acorn TV features the previous seven series available to watch anytime and recently created and added the behind-the-scenes documentary, Doc Martin: It’s Always Sunny in Portwenn, with the cast and crew reflecting on eight seasons on the series and a sneak peek at Series 8 (I’ve seen this, it’s really interesting!).