You are here: Home / Entertainment / British TV / GREAT BRITISH CHRISTMAS TELLY: British TV Christmas Specials to Get You Into the Holiday Spirit 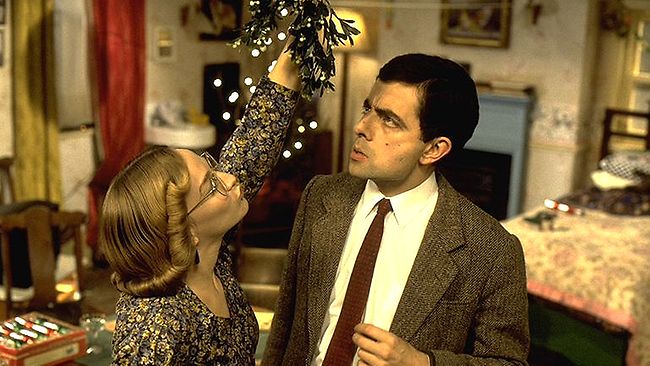 The Christmas Special is a key part of many Britons holiday celebrations. Sometimes they have a Christmas theme, sometimes they don’t. But they all share the feature of airing during the Christmas holidays to a captive audience digesting Christmas dinner. Here’s a rundown of some of the best special in Christmas Telly history.

Since it’s revival in 2005, Doctor Who has had a Christmas special almost every year. Sometimes the plots take place around Christmas, sometimes they take place in a distant corner of the galaxy. Usually airing early in the evening so kids can watch, the yearly Doctor Who Christmas Special has become a cornerstone of Christmas telly. Which one is the best? It’s a toss up for me between The Christmas Invasion and The Runaway Bride.

Where to watch: Streaming on Amazon Prime, DVD

Blackadder’s Christmas Carol is a one-off episode of Blackadder, a parody of Charles Dickens’ A Christmas Carol. It is set between Blackadder the Third (1987) and Blackadder Goes Forth (1989) and is narrated by Hugh Laurie. This special turns Blackadder on his head and makes him nice and humble, only to be brought down by various Christmas misfortunes. He’s visited by the Spirt of Christmas – brilliantly played by a pre-Hagrid Robbie Coltrane – who shows him visions of Christmas past and future (the future bits are really quite out there too – very Doctor Who like). Queen Victoria and Prince Albert also make an amusing appearance. It’s one of the best parodies of Charles Dickens’ “A Christmas Carol” ever made and will surely bring a right laugh to your Christmas celebrations.

Where to watch: Steaming on Hulu, Amazon Video and DVD

“Party Games” is the twenty-second and final episode of the BBC comedy series Yes Minister. It’s a one-hour Christmas special that was first broadcast 17 December 1984, its events lead into the sequel show, Yes, Prime Minister. The events of the episode follow all the scheming and backroom deals that lead to the bumbling Jim Hacker becoming Prime Minister. This will always be one of my personal favorites.

Where to watch: Amazon Video, DVD

This is probably my all-time favorite British Christmas special. In this episode starring the incompetent Mr Bean, we follow him through his various Christmas celebrations which include angering his poor girlfriend and of course – getting that turkey stuck on his head.

Where to watch: Hulu, DVD

When Vicar Geraldine (Dawn French) is invited to three separate Christmas dinners (she is later asked to a fourth), she hasn’t the heart to turn them down so she has to go to all three, and on Christmas evening BBC producer Tristan Campbell (played by Peter Capaldi) comes round and asks the Vicar to marry him. Hilarity ensues.

Where to watch: Netflix, DVD

Peep show is one of our favorite British comedies – though it may be very crude for some (it’s a very vulgar show). Still, it’s Christmas special is a cynical romp through the holidays where you can watch traditional Christmas activities like charades and dinner go terribly wrong.

Where to watch: Netflix, DVD

The comedy/drama following the Vicar of an East London Parish, Rev starring Tom Hollander is a fascinating look at life in London. The Christmas special is no different as we follow the vicar during the busiest time of his year as he balances family obligations to his obligations to the church and his prisoners.

The Snowman has been a mainstay of British Christmas for almost thirty years now. It’s based on a book (that has no words) and tells the story of a snowman who comes to life at Christmas who goes on a magical journey with a boy. It’s beautifully animated in a way they don’t do anymore. The song that features, Walking in the Air, is now a favorite Christmas song in Britain during the holiday season and you’ll hear it everywhere. I dare you to try and watch The Snowman and not shed a tear. It’s re-aired every year to great acclaim on Channel 4. They also made a new one a few years ago called The Snowdog which is also very good but it can never approach the majesty of the original.

Wallace and Gromit – A Matter of Loaf and Death

The most recent Wallace and Gromit short made its appearance at Christmas in 2008 and brought Wallace and Gromit back to the small screen after their cinema adventures. A Matter of Loaf and Death is a mock murder mystery, with Wallace and Gromit starting a new bakery business. When the duo both learn that bakers have been mysteriously murdered, Gromit tries to solve the case before Wallace ends up a victim himself. Aardman Animations does a fantastic job with the stop motion animation and it’s a rollicking good time.

Where to watch: Amazon Prime, DVD