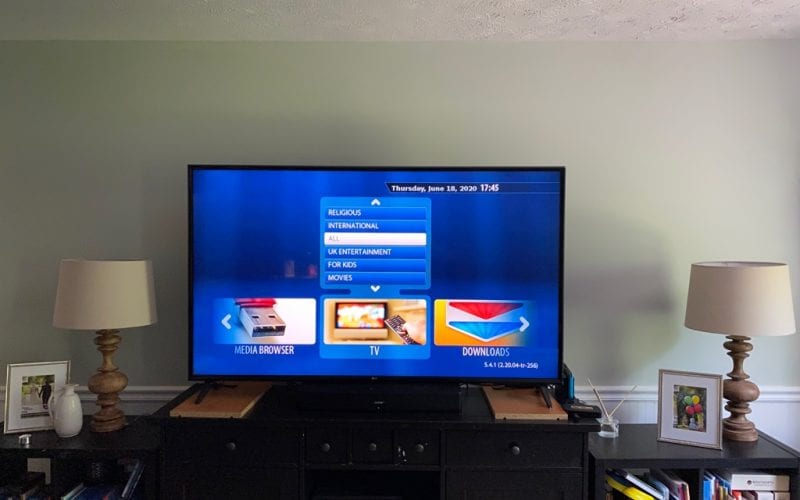 I wrote last week about the death of UKTV Everywhere and my test of TVMucho, which I was pretty happy with. However, many former UKTV Everywhere customers were understandably upset that they had invested in their expensive streaming boxes and suddenly found them to be non-functional (not to mention paying in advance for service no longer being provided).

UKTV2Go got in touch with me last week to let me know that they offer a similar service that UKTVE did – streaming channels over the internet via a box hooked up to your TV. Not only that, but they would also be able to ‘flash’ your box to now make it compatible with their service.

As I said in my previous article on this topic, I’d cancelled UKTVE long ago because of the cost, but I still had the box lying around. So, I fished it out of the drawer and sent a picture of it to UKTV2Go and they were able to add it to their service. They sent me instructions to ‘flash’ my box to make it compatible with theirs.

This was a little involved, and it took a bit of trial and error to fix it but within minutes, the box was reset and working with UKTV2Go. Their support was top-notch in helping out with this.

So, once again, I was watching live British TV streaming channels. The quality was comparable to TVMucho, but it felt a little more robust now that it had its own dedicated box. The channel selection on UKTV2Go is slightly bigger and they also have something that TVMucho was missing – all the UK and Ireland radio stations. 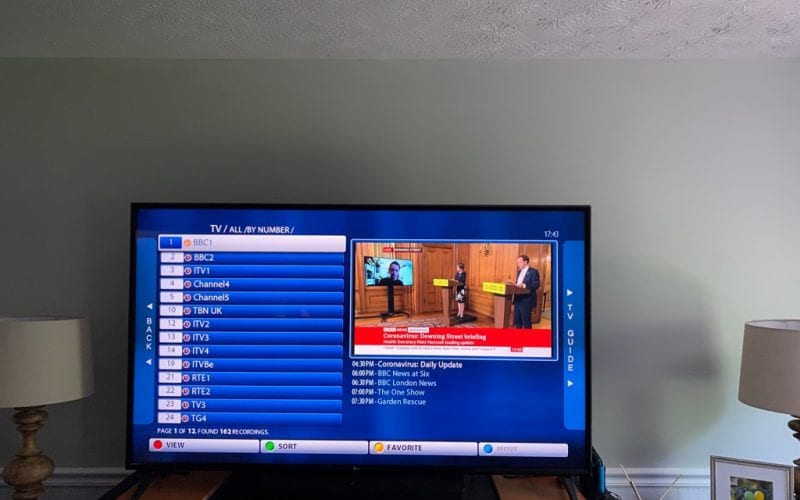 They feature over 80 UK Freeview TV Channels, including all the regional BBC channels. They also had the Irish channels, which is nice (I work for an Irish company in my day job, so like to keep up with Irish news and entertainment). There is a recording function, so you can save shows you want to watch so you don’t have to watch them live. The service itself also records 7 days worth of programming for most channels. This means that if you miss something, you can just go back into the guide and find it. You have the option to watch it or save it to a thumb drive to watch later.

The cost for the service is £22 a month (about $25) if you already have a UKTV Everywhere Box that you want to flash. You can also simply buy a new box if you like. The box also plays media files and acts as a media player. It’s a very simple IPTV box with lots of flexibility. UKTV2Go has other service options – like the ability to get Sky – but that’s beyond the scope of this review. This review is merely for replacing UKTV Everywhere with a like for like service.

I spent the weekend putting the service through its paces. At one point, I left BBC News on all day for about 12 hours, while we left the house for the day. I came back and it was still going strong. I never lost my connection and there were very few streaming hiccups all weekend while watching the service. It’s nice having a dedicated box and remote, rather than rely on an app on another device. It was much faster flipping through TV Channels and I felt like I was sitting in a cottage in England channel surfing. 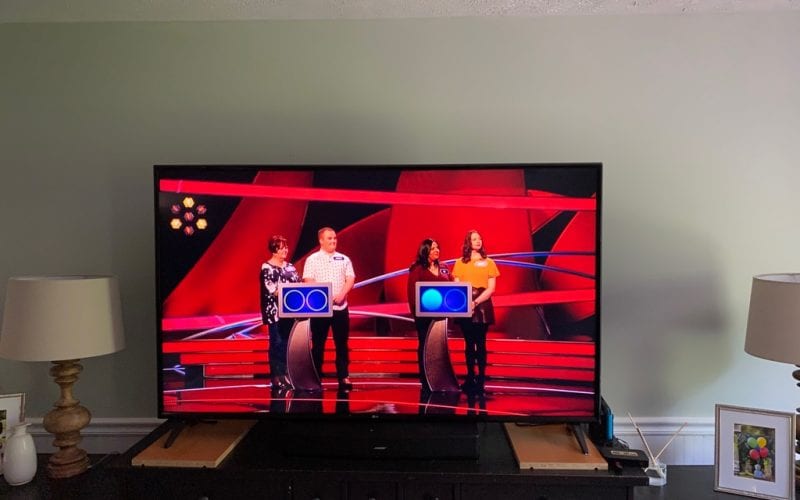 A good cup of tea went well with exploring the service. It also surprises me that after all these years and all the British TV shows I’ve watched, I still discover new shows that I’ve never heard of. In this case, I came across Four in a Bed, which sounds like a naughty comedy. But it’s actually a reality show where 4 British B&B owners are tasked with staying in each other’s hotels and then review them and compete to be the best one. It’s a hilarious social commentary as people root around each other’s B&B’s and judge them in the most British ways possible. It’s like Come Dine With Me, but with the travel sector. We were hooked and found ourselves spending more of our Sunday than we’d like to admit watching it (and it’s a show that appears to always be on).

I saved a few shows to a thumb drive to watch later. This was great – especially since you get the BBC HD feeds so the quality of the recording was really good.

So, the question is, after having TVMucho for a week and now having this – which would I keep/pay for? Well, I already paid for TVMucho for a year, so I’ll have it for the next year no matter what. I quite like UKTV2Go’s offering as well, so I’ll keep it for now as long as my review trial goes on. I have them on separate TV’s in the house, so now I have live UK TV in both our TV watching areas (family room and living room). It’s good to know that no matter the time of day or what’s going on, I can turn the TV on and watch some British telly.

Both services are very good, but UKTV2Go is a slightly more robust offering since it has its own dedicated box and a few more channels. TVMucho is much cheaper and accessible on more platforms. But if you’re a former UKTV Everywhere Customer, with a useless box – this can bring new life to it and allow you to resume watching British TV as you were a few weeks ago before the service folded. No contract needed and it’s only £22 a month to keep it going.

I recommend getting in touch with UKTV2Go right away and seeing if your box is compatible with their service.

Disclaimer: UKTV2Go provided me with free service in order to evaluate their offering. Opinions are my own and were not influenced by this.

This information was provided to us by UKTV2Go for Former UKTV Everywhere customers:

UKTVEverywhere Customers – Switch To Us Today!