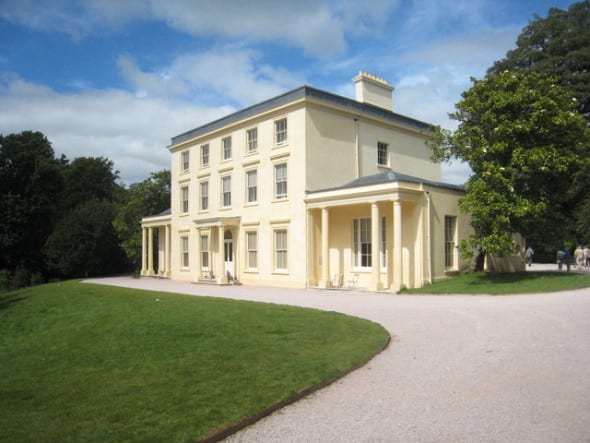 Around the 1920s during the golden age of detective fiction the English Country House became a crime scene. In 1938, the Queen of Crime herself Agatha Christie bought a crime scene of her very own with the purchase of the Greenway Estate in which she lived and worked for the remainder of her life. This huge Georgian house is now owned by the National Trust and is a bricks and mortar monument to Christie’s magnificent legacy in ink and paper.

Key Facts about the House 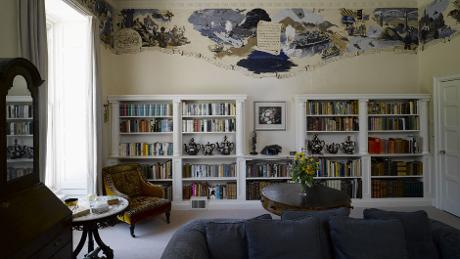 The first property to be built on the Greenway Estate was a Tudor mansion erected in the 16th century by the Gilbert family. Humphrey Gilbert, soldier during the reign of Elizabeth I and Member of Parliament was born here but little else is known about this first Tudor house. We do know that the current Greenway House was built in the late 18th century by a man named Roope Harris Roope and was altered and added to by subsequent owners until it was purchased by Agatha Christie and her husband Max Mallowan in 1938.

Agatha Christie is said to have grown up admiring Greenway from her home in Torquay. When the property came up for sale at the price of £6,000 she convinced her husband that they should buy it and it became their holiday home. Visitors to Greenway can wander through the Mallowan family’s drawing room which is furnished with historic items from Christie’s childhood home in Torquay, the kitchen, still kitted out in mid 20th century appliances, and the sitting room, full of objects acquired on Max’s many archaeological digs.

Just a few of the treasures on display in Greenway House include the Damascus Chest, a beautifully hand-crafted chest purchased by Max Mallowan that resides in the couple’s bedroom, a Steinway piano, that Christie is said to have been too shy to play despite being a concert-level pianist and the world’s second mobile phone, purchased by Anthony Hicks for use when he was working in the gardens. 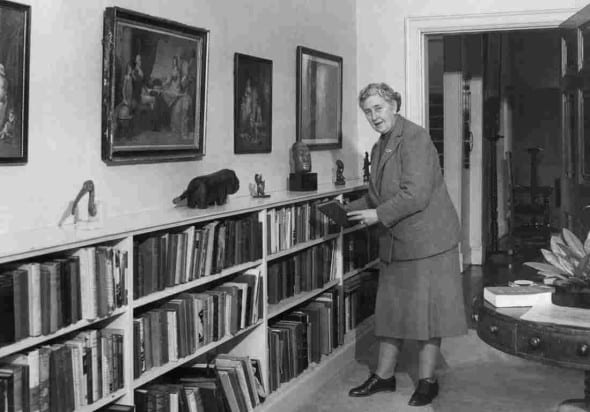 As well as a large country house, the Greenway Estate contained a tennis court, planted with an impressive magnolia campbellii by Max Mallowan in 1938, a kitchen garden, vinery and bird pond, featuring a sculpture by Bridget McCrum, as well as numerous beautifully planted gardens around the house. The driveway was laid in the 1820s in a sweeping Reptonian style.

Greenway Estate and their surroundings often feature in Agatha Christie’s novels. In the novel Five Little Pigs, completed in 1942, Christie uses the footpath leading from the main house to the battery overlooking the River Dart as a key location in the inevitable murder. In Towards Zero (1944) the river again features as a convenient geographical feature for one of the suspects who disappears each night for a swim and in Dead Man’s Folly (1956) the boat house of Greenway House is the place where the first murder victim is discovered.

The boathouse at Greenway is referred to as ‘Ralegh’s Boathouse’ due to an incident involving Sir Walter Ralegh, a pipe and a fire-fighting servant with a pint of ale. Ralegh’s Boathouse is thought to date back to late Georgian times and features a plunge pool directly into the river, a sunbathing salon and a balcony with a fireplace.

When Christie died in 1976, Greenway was occupied by her husband Max Mallowan until he died in 1978. Their daughter Rosalind Hicks and her husband lived in the house until Rosalind’s death in 2004 at which point the estate was acquired by the National Trust. Now a Grade II listed building, Greenway House, its gardens and accompanying art gallery are open to the public. During the winter months the house closes to the public so the National Trust’s team of conservators can condition check, clean and pack away the many important objects in the house’s collection.

Featured in TV and Film

Greenway Estates are open to the public between the months of March and October between the hours of 10.30am and 5pm. Entry costs £9.90 for adults and £4.95 for children. The closest airport to Greenway is Exeter International Airport, approximately 50 miles away.

If travelling to Greenway by car from Torbay follow signs to Brixham, until you reach the village of Churston. Follow brown tourist signs right through the village of Galmpton until you reach Greenway which has a postcode of TQ5 0ES. Greenway is accessible by train from the nearby towns of Paignton and Churston. From Paignton you can travel to Greenway by steam train but the station is 30 minutes walk from the Greenway estate. A vintage bus service to is available every day from Torquay, Paignton and Brixham to Greenway. You can also use a park and ride ferry service from Dartmouth to Greenway which includes a quay car shuttle service from the quay to the property reception or arrange to bring your own boat! 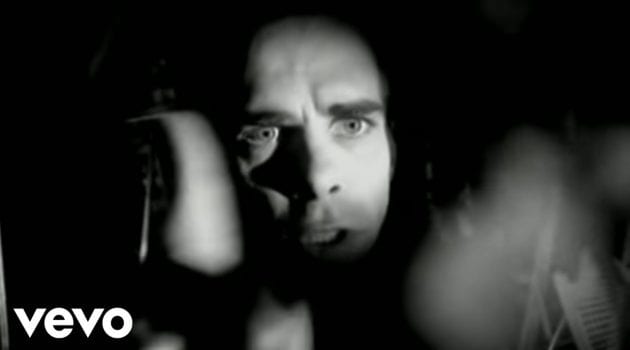 Nick Cave to save London venue… with socks. 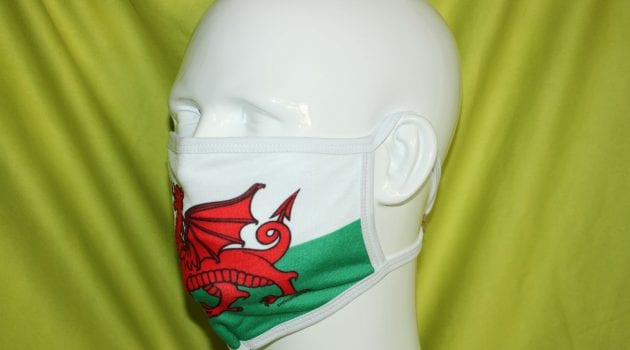 You've asked for it and we've got them now! We've