You are here: Home / Britishness / English Language / Brit Slang: Rather Crude Graphic Shows Some Basic Differences Between American and British English – Check it Out 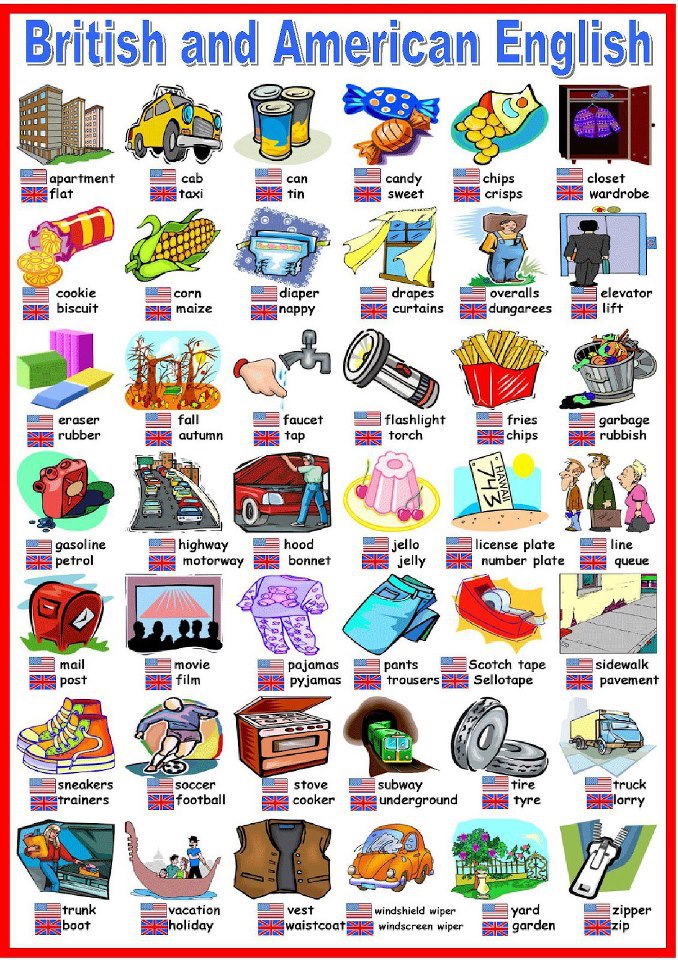 I saw this making the rounds on the social networks again, so I thought it was worth sharing. This graphic, with its rather crude clipart, does a great job at explaining some key difference between the English spoken by Americans and the British.