You are here: Home / Archives for British History / British Legends 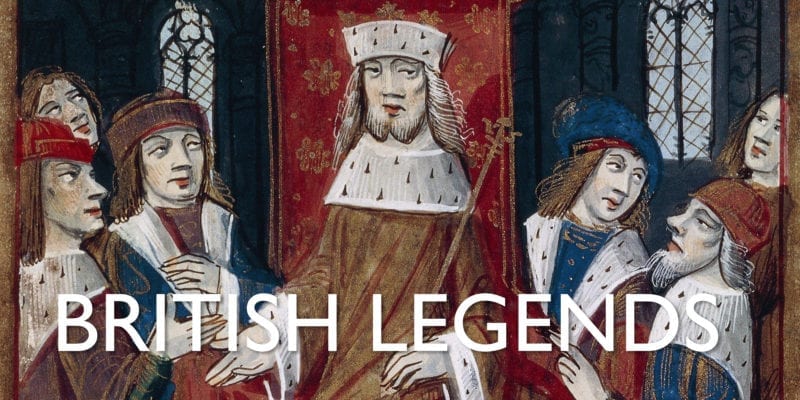 If you asked most people what they know about Lady Godiva, they may likely tell you that she rode a horse nude through town and that may be the extent of it.  This is, of course, not the entire story surrounding this legendary figure and Lady Godiva’s naked ride held its own purpose and message that resonated with the lower classes and the downtrodden.  It was a story that … END_OF_DOCUMENT_TOKEN_TO_BE_REPLACED

King Arthur is perhaps the greatest figure of British myth, the legendary king who was tutored by a wizard, wielded the magic sword of Excalibur, and formed the Knights of the Round Table to defend the realm against Saxon invaders.  Though Thomas Malory’s Le Morte d’Arthur and other literary retellings, the legend has crafted out its own universe that has proven ripe for … END_OF_DOCUMENT_TOKEN_TO_BE_REPLACED

Whether as a part of Arthurian Legend or operating in his own adventures, the figure of the wizard Merlin is one that has propagated through English myth for centuries.  Possibly one of the earliest figures from which Merlin derives was that of Myrddin Wyltt (or “Myrddin the Wild”), a 6th Century Welsh legend who was a bard and a prophet.  By the 9th Century, the writer Nennius … END_OF_DOCUMENT_TOKEN_TO_BE_REPLACED

The patron saint of England, St. George has grown to legendary status from his days as a Roman soldier and early Christian martyr.  Reportedly born around sometime between 275 – 285 A.D., either in Lydda, Syria or Nicomedia, Bithynia (modern day Turkey) in the Roman Empire.  Historians have argued over the details of his actual life, though they suggest that he was from a noble … END_OF_DOCUMENT_TOKEN_TO_BE_REPLACED

He "robbed from the rich and gave to the poor"--or so the legend tells us.  Together with his band of Merry Men, the heroic figure of Robin Hood fought the Sheriff of Nottingham, Sir Guy of Gisborne, and even King John himself, stealing back the taxes unjustly taken from the peasant class.  But what is the truth behind this green-clad gentleman thief?  Is there any at all?  … END_OF_DOCUMENT_TOKEN_TO_BE_REPLACED

Get the New Anglotopia Book!

Get the new Anglotopia Book! Now available from bookstores everywhere. What makes an Anglophile? What makes someone love a country not their own? Adventures in Anglotopia is a journey to answer this question, framed through a childhood exposed to British culture and then nearly twenty years of travel in Britain.

Criminal Records: the record label based out of a prison

Guest Post: British Piers. Peering into the history of piers

A Brief History of Thomas the Tank Engine

David Bowie’s “The Man Who Sold the World” to get a 50th anniversary re-release, with the original cover and title!

Anglotopia Alert: Labor Day Flash Sale – 20% Off Everything In The Anglotopia Store

The Life of a Queen: The Coronation of Elizabeth II